Donkeys Uber Alles
Happy to be back in Greece after my first trip to the States since 2016. On Thanksgiving my sister in-law asked me what made the biggest impression of change in the ‘real’ world since my last visit … post-Covid etc. ! Quite shocking I can say: see ...
Donkeys Uber Alles 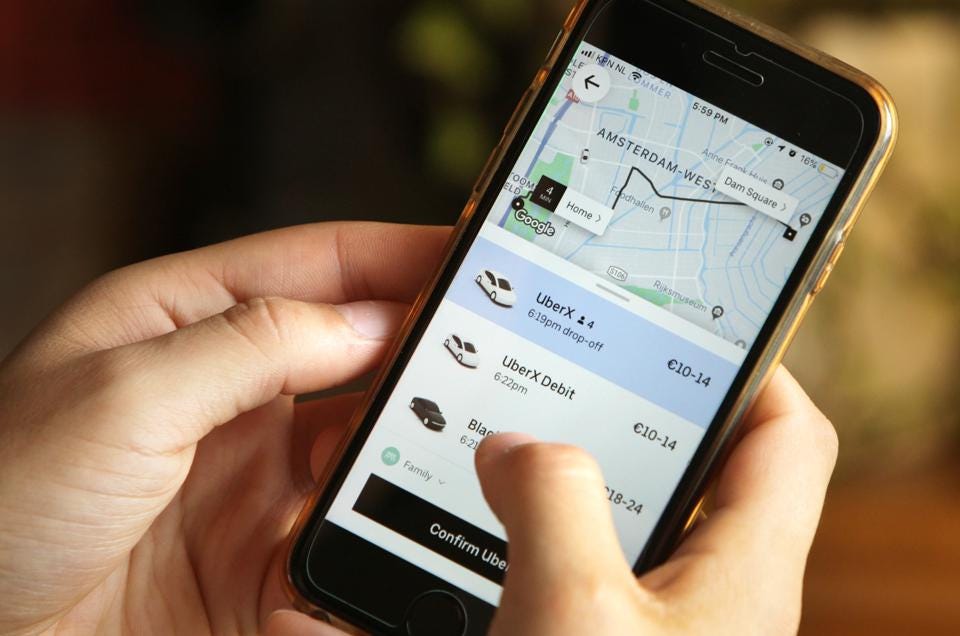 Happy to be back in Greece after my first trip to the States since 2016. On Thanksgiving my sister in-law asked me what made the biggest impression of change in the ‘real’ world since my last visit … post-Covid etc. !

Quite shocking I can say: seems the world is changing so rapidly that I felt a tad archaic. 😂

My first ride in an Uber, for instance, was a semi-surreal mini adventure.

First Jennifer opens an app on her phone, follows a couple of clicks, and something amazing happened.

She shows me a live satellite animated image of a little car crossing the bridge to St Simons Island, Georgia, with a route on a map highlighted to our front door.

Oh, says she, pointing to her phone, and this is what our driver, Sheila, looks like!!???

Does that mean the driver knows what you look like too??

Of course…. So she knows whom to look for, twit.

Then grabbing her coat, she says we should leave; Sheila will be here in a minute.

Okay, so I was starting to see the leap. Last time I hailed a cab in a strange place, it was a nightmare with city-savvy denizens masterful at leaping out of nowhere and snagging one’s anticipated ride. Standing on street corners, in the rain I recall, for ages. Such Uber magic was futuristic by comparison.

But it gets better: this became a full-on experience, more memorable than usual taxi rides.

Jennifer nudges me: sit in front. I open her back door and then open the front passenger for myself. This was an unexpected move, and laughing, Sheila apologized for the packets of shopping on the floor. Things she was getting at the store when she got our request, she explained.

The trip was a delightful story in itself, but the condensed version goes along the lines of, she has a sister who fell in love and married a Greek guy. Moved to rural Greece and loves it there. Sheila, one of eight siblings, wants to visit but is afraid to fly. Family history in 15 minutes, a bubbly chatty fun person.

Loved my ignorant questions about how Uber works. Photos are exchanged between driver and passenger to prevent other imitation Ubers ‘klepsy-ing’ fares. Stuff like that.

Next we pull up at our destination, everybody starts thanking everybody, and wife exits the car.

It’s all done, she says. I look at Sheila, who laughs, “Yeah, go on, man, it’s all taken care of. Thanks. Happy Holidays y’all.”

“It includes a tip,” preempting my next question.

But that wasn’t the end of my maiden Uber voyage.

We could rank her in stars, and she us, some sort of cyber reward system. ✴️✴️✴️✴️✴️

So dear Paige, in answer to your question, my first impression: The world is becoming one large app of convenience, used correctly, very positive.☘️💚

Associated Footnote: Back in the late 1980s we fought a fierce legal battle against a clan that wanted to introduce motorised transport to Hydra. Limited, they said.

We responded by saying one moped would be enough to ruin the Rock irreversibly in the wrong direction; it would loose it’s uniqueness. (Full story amongst other creative nonfiction in Rhubarb! if one needs an idea for a Christmas gift). 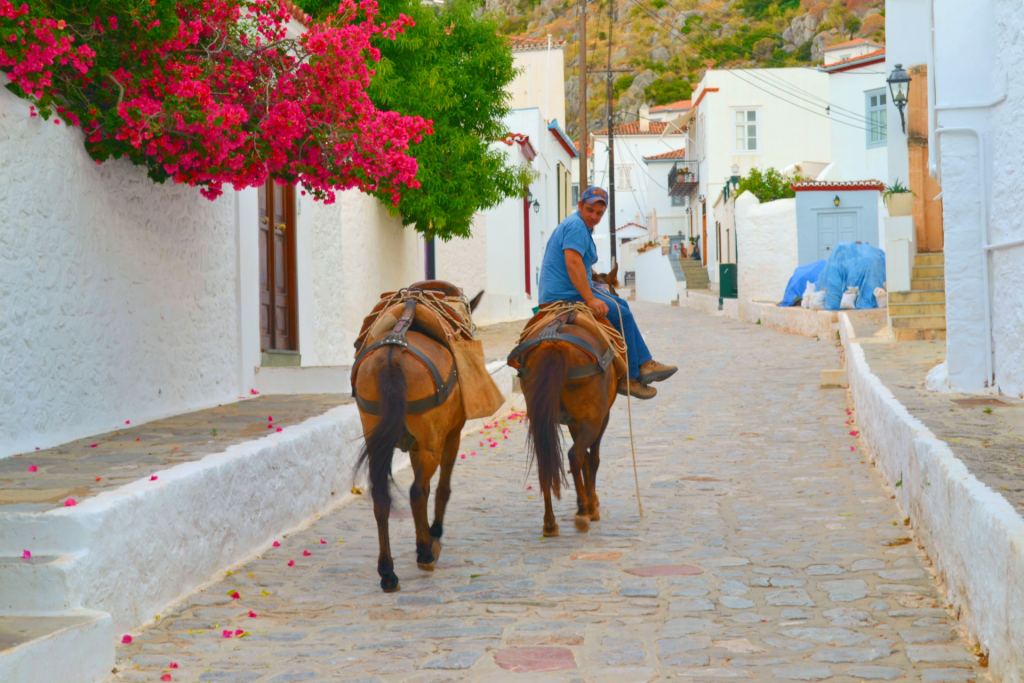 Well, it paid off. Untouched Hydra has become a crown jewel among Greek island destinations. Our Donkeys and Mules may cost more but they still can’t be beaten … even by an Uber.😂

Festive happy wotnots to all, and may 2023 bring peace, health and kindness. 🙏💚☘️🎄 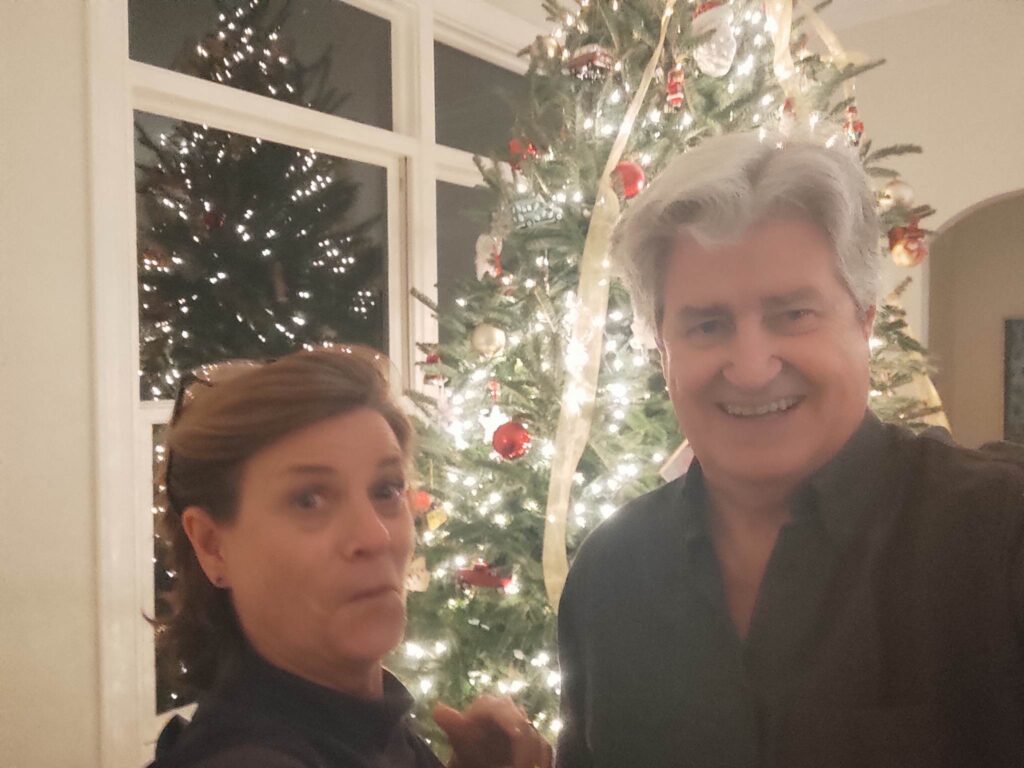 David Fagan is CEO, president, managing director, author, publisher, and chief bottlewasher of DavidFagan.org. On his first visit to Hydra back in 1983, David decided that owning a bar in this exotic location was an ideal way not to spend the rest of his life in the fast-lane of corporate advertising and journalism. It was an idea spawned by the Honorable Bill Cunliffe of Bill’s Bar, renowned wateringhole for anyone who knew this part of the world at the time. He and a couple of old-timers, Anthony Kingsmill and Leonard Bernstein, planted the seed: Come!
Hydra Webcam