Rie Albertsen, perhaps better known to some Hydra old-timers as Rie Goldman, passed away unexpectedly on 2 October. Her daughters Helle and Johanne (“Hanne”) tell us that she suffered a heart attack the previous day, as she strode to work early in the morning with her usual vigour. Rie first came to Hydra early in 1966 and lived there on and off (mostly on) until 1972. In May this year, she returned after an absence of four decades. She stayed in the familiar home of a dear friend, high up on the mountain, with Kamini spread out below the old house and Ghika’s ruin just across the hillside. Rie was overjoyed to be back, say her children. She relished the warm smooth stones under her bare feet and the softly clunking goat bells—and all the other sounds, sights, tastes and smells she had been missing for so many years. Even the maddening racket of the drilling down in Kamini made her laugh as it evoked amusing memories of the vagaries of how things are done on the Rock. Deeply moved – uplifted – by the wonderfully warm reception old friends and new acquaintances gave her, Rie was happily planning future visits to Hydra when her life was cut short, without warning. Johanne and Helle have asked that we post this card. 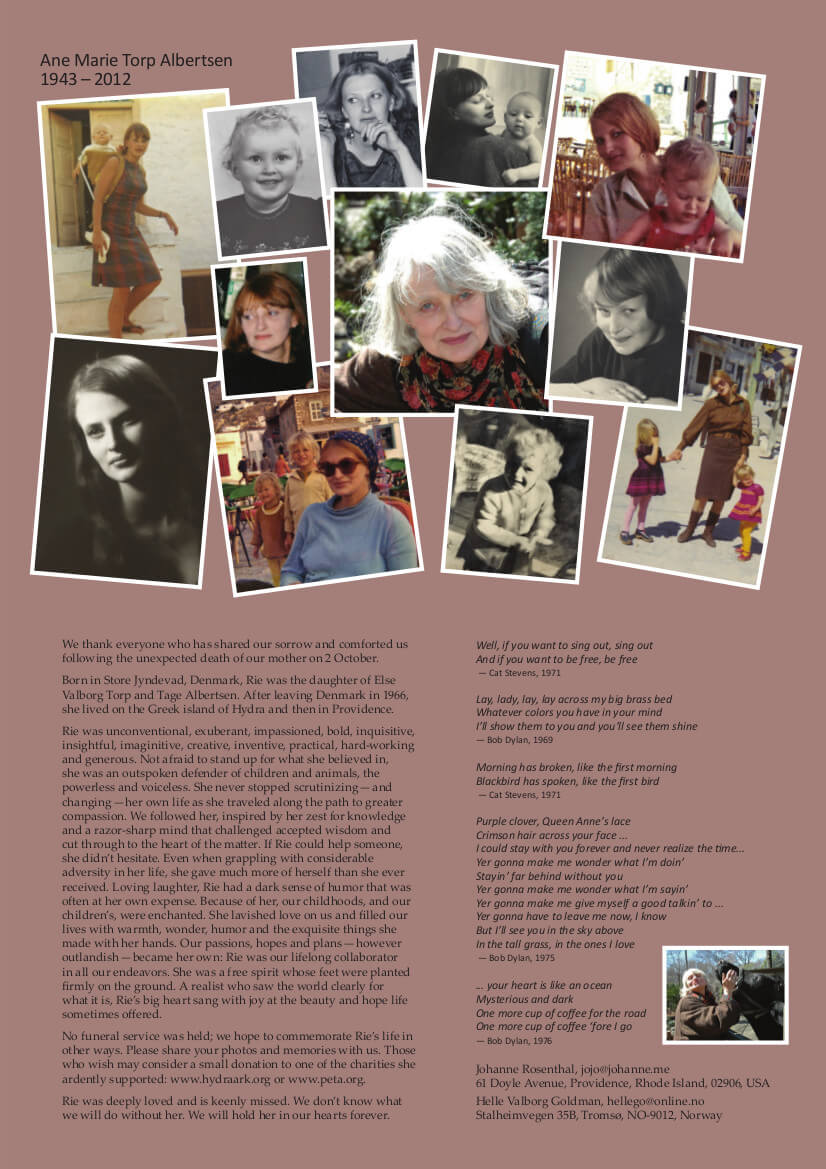