Pouring rain at Theo’s closing did nothing to dampen the spirit of the occasion—in fact, if anything, the novelty of the cloud burst generated a whole new atmosphere. Guests at the Pirofani closing took refuge under Dimitra’s adjacent shop awning, but even that was no guarantee of shelter from the spray.

Dancing, cooking, and celebrating the end of a long hot season in the rain was a memorable event. The only thing conspicuous by its absence was Roger’s annual closing poem as he had escaped the Rock a week prior.

We will miss our favourite character restaurateur and his menu, wish him well on his winter travels, and look forward to a grand opening in the spring. 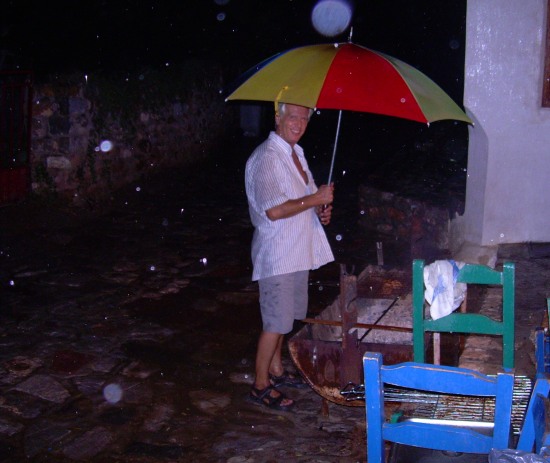 Cooking in the rain: Even Takis the 'chef' was having fun. 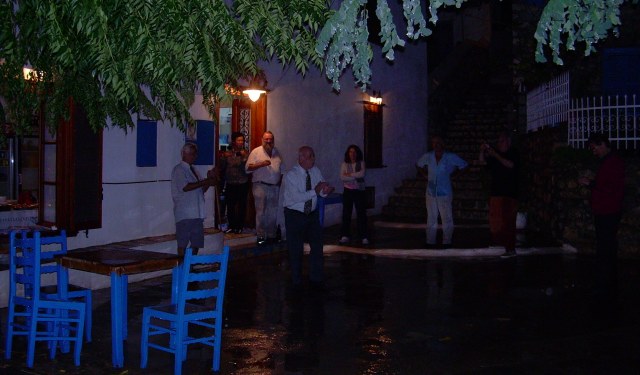 Dancing in the rain, where tables noramlly stand. 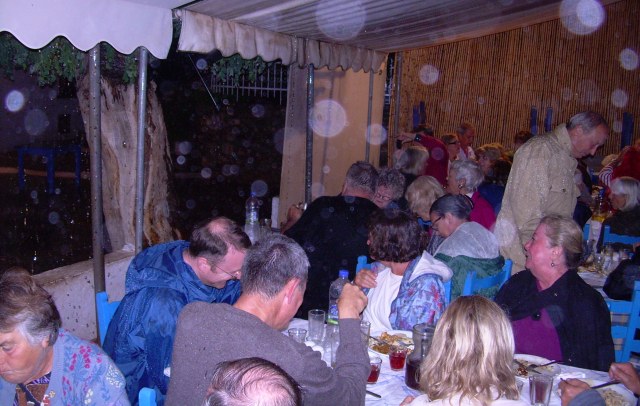 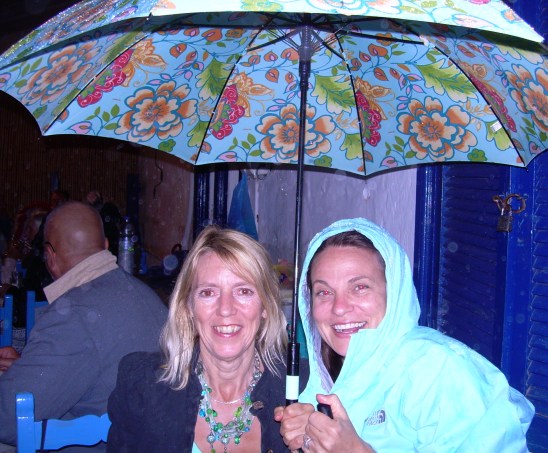 Nici and Jennifer brought their own "roof" 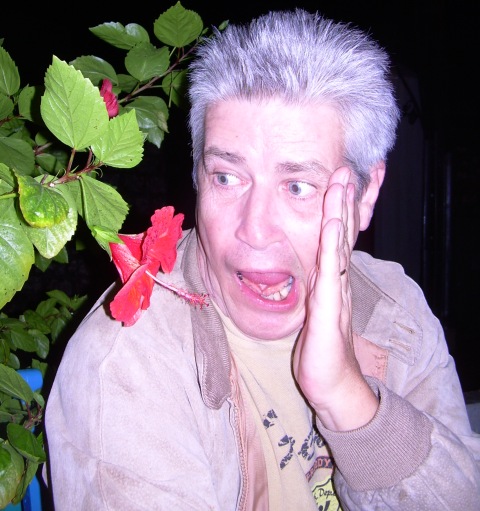 Talking to the flowers didn't stop the deluge!