Rhubarb On the Rock

Talk about a hypocritical incident which highlights the stark contrast in ways of combating the country’s economic plight. Hydra made international news this month when a  taverna owner got into a rhubarb with the local law for not supposedly producing some receipts for tax purposes. 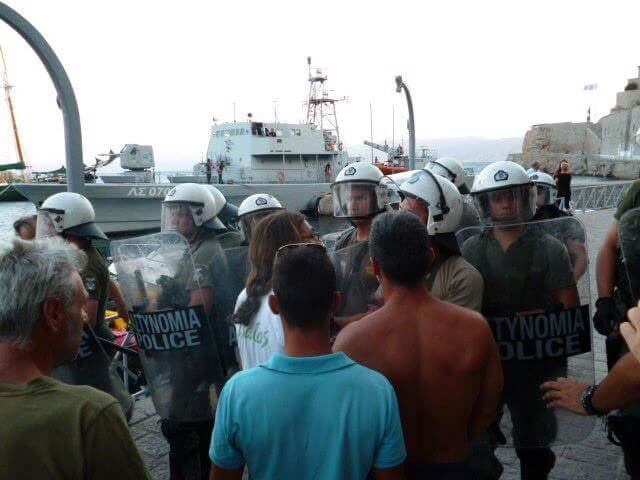 Her son was hauled in her place down to the constabulary which rallied the islanders into supporting her and laying “siege” to the police station, cutting power and water.
Who in turn summoned reinforcements, and the cavalry in full Kevlar and riot gear arrived from Athens on a naval ship.
Hydriotes allegedly stormed the ferry which was to escort the ‘criminal’ off island in retaliation, and some scuffling may have occurred. (The exact sequence of events is not relevant, as of course there are variations’ depending who is narrating their side of the saga).
The media constructed its usual storm in a teacup out of the event, but there is a deep underlying reason matters went so far.
It was pointed out that this was a matter about some supposed minor tax evasion, but how much in tax payer money was sent to bring in the navy and troops? 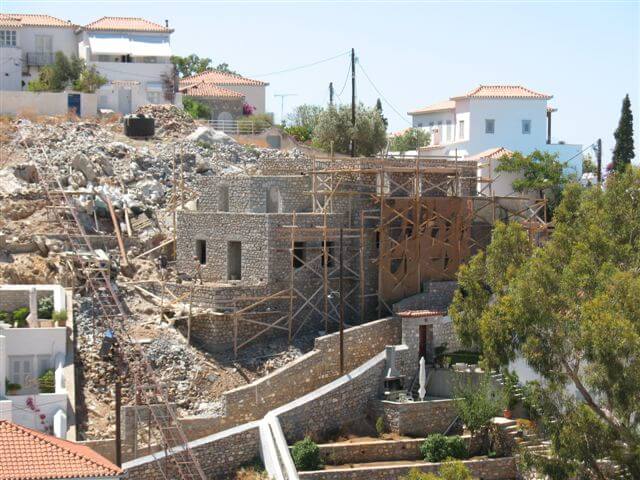 There are those too who point out that this is why the whole skirmish took place. That in fact the long arm of the law should not have been hounding small dining establishments but investigating the likes of huge suspicious mansions being constructed on the island with doubtful licenses and dubious legality, or indeed the row of luxury yachts bobbing behind the line of white helmets.