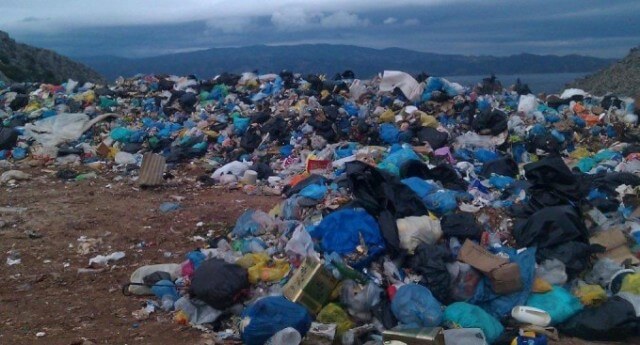 Only the tip of the dump tip

At first glance one could be forgiven for thinking this was a photo taken in the outskirts of a place like Kabul. But not so, this is a snapshot taken on Hydra this month. Few would believe the amount of rubbish strewn on our pristine isle in outer Mandraki, East of the main port.

It is not our usual style to show a negative aspect of the Rock, but this was just too deplorable to ignore.

So what can we do about it? Instead of merely reporting “the dirt” we have a simple idea which could greatly assist the municipality with its complex garbage disposal problem. There is no easy fix, but if enough people backed the Comet’s suggestion, it may grease the lethargic wheels of bureaucracy. A simple and comparatively inexpensive proposal that has become widely used and popular abroad. As our photo above shows, plastic shopping bags are a major part of the problem. 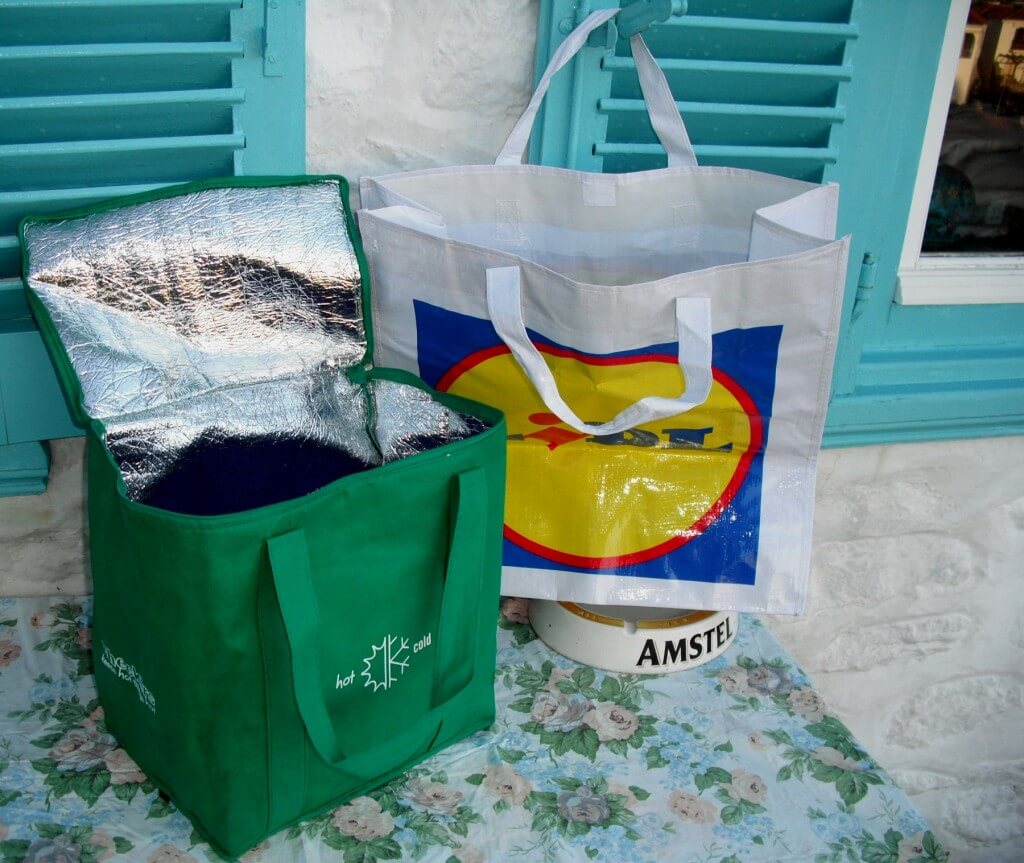 Keeps cats out and groceries fresh.

These two bags are examples of what can be achieved with a little good will.

The green bag we found at a large supermarket in Africa, they charge for usual plastic bags to discourage the environmental plague, and sell the hot and cold lined sturdy bags for the equivalent of €1.40. The white bag (right) has a Velcro fastener and comes from a supermarket on mainland Greece which they sell at the checkout counters for €1.00.

The bags can be used over and over with the added advantage that they seal which keeps curious kitties out of the groceries, not to mention the ‘green’ aspect of using them. They fold away to almost nothing and weigh zip.

So what if the Municipality ordered similar such grocery bags, perhaps with a memorable Hydra flag and /or map with a slogan in Greek and English promoting keeping our island clean. Distributed to the Hydra shops; and it would be good advertising too.

So why are we not proposing this ourselves? Simply because we are too aware of the pitfalls. Even though I am an island resident with voting rights and all, I am aware of the folly of trying to introduce something ‘new’. We have picked up flack and suspicion for trying voice an opinion in the past, and we have reached a point of surrender. Like farting against thunder – it was not for lack of trying.

Back in 1995 when the internet was unheard of on the island I tried to get the Demos to give me a desk and phone line. In return we would build a website promoting tourism and offer an email service for visitors, (one of the first in the country)

To be honest the idea was enthusiastically received by the Mayor Mr. Anastopoulos, but in order to authorize said desk the project had to be submitted to one of the boards who convened only every other month or so, then a vote had to be passed and after that (if it was agreed upon) a various selection of other red tape processes, which including having our names posted on a public notice board for a period of time were to follow. Enough said, it would have taken ages and we opened the Hydranet site privately on our own terms.

Similar frustrations have re-occurred over the years when we brought up the idea of motion detecting streetlights in the outer suburbs, or when we presented the idea of solar heating. We even went to the trouble of finding a manufacturer who made solar panels that conformed and looked like roof tiles. (Being acutely conscious of the Hydra architectural bylaws).

Dare we mention the proposal of Hydra passports for tourism stamps at establishments, or perhaps the outlandish idea of two wind turbines up behind town, our research indicted that two would suffice for almost all power needs.

Again not to present a negative light on the system here, it is just that they are hamstrung by reams of red tape and laws and sub clauses that can derail the simplest and best of plans. So this time all we are doing is putting the idea ‘out there’ and hope that enough Hydrophiles are motivated to add voice and encourage the powers that be to do something.

Send them an email perhaps, contact via the link on the left hand side of this page.