Pavlos must have been smiling behind that big bushy mustache of his when he looked down upon the lunatic antics of his beloved village last month. It never fails to amaze us how news on the island can spread like wildfire, because within twenty-four hours of his passing, it seemed like the whole village and a great part of the meglopolis of Hydra’s townsfolk, including both current and former mayors, had assembled at the little chapel in Kamini to pay their last respects. 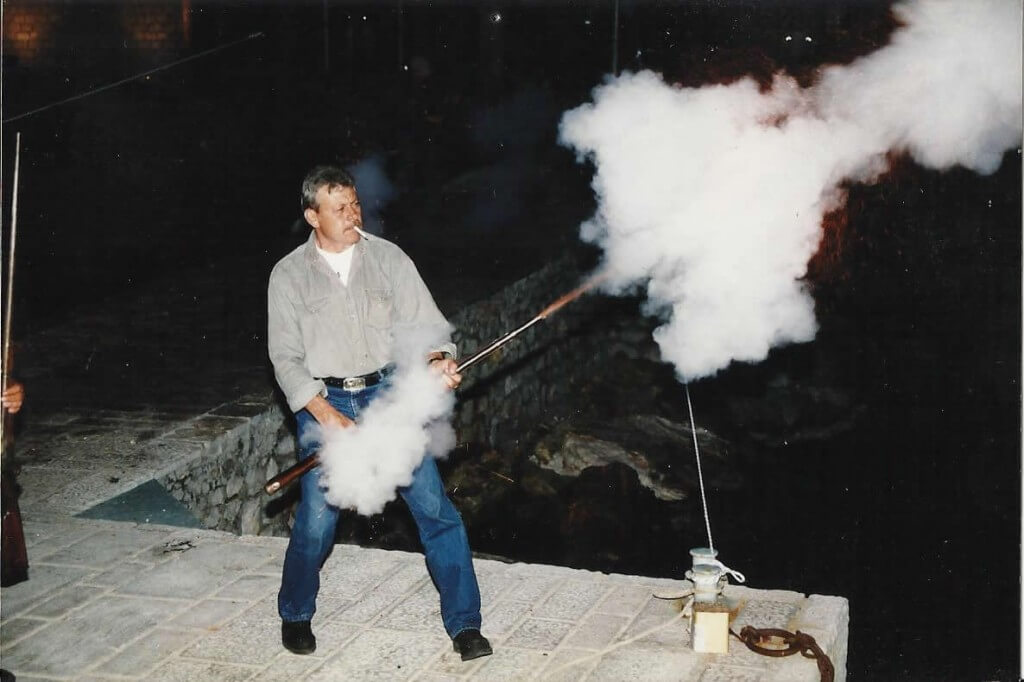 However, the event was not without its share of village idiosyncrasy. Firstly, and remember all this happens within a twenty-four-hour period, the venue for the farewell changed location twice, which in itself could have caused havoc for the those wishing to attend.

The local beards deemed that a chapel service would be inappropriate because Pavlos and his wife, Peppa, had not had an orthodox wedding but been married in a civil court. So Pavlos was to be carried straight to the Vlichos cemetery for a graveside service. This provoked outrage from the community who, to quote one local resident, threatened to burn the church down.

Then we knew Pavlos had made it back to the island at 9.00 a.m. the morning following his passing when the first prolonged dong of his death knell sounded across the Kamini valley. A second reverberated and then followed an unusual silence. Turns out the chain broke on the third yank, and a kindly neighbour, Captain Brian Sidaway, came to the rescue. His back terrace adjacent to the bell tower was the most expedient avenue for solving the problem. He produced and attached a makeshift rope in time for the 11.00 a.m. memorial service. A final tale so fitting to the life Pavlos led. 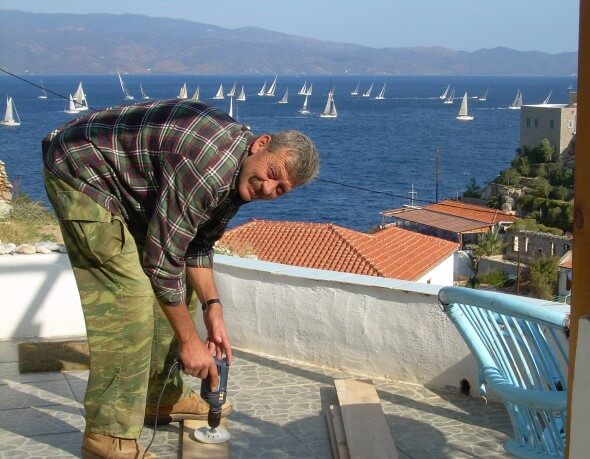 Pavlos's office with with a view

We agreed when someone this past summer commented on the fact that the Kamini Comet was started to resemble a running casualty list. We seem to have lost so many friends and residents in 2010/11, and it was becoming understandably depressing. This is why we have not posted many of the recent sad obituaries, but we also feel we would be remiss not to say anything about the loss of one of our finest and best-loved local characters.

Pavlos will be remembered for his kind generosity, by island kids for playing Agios Vassilis (Santa) for many years and executing Judas each Paska, and for his extraordinary skill as a gunsmith and builder. He had gone into Athens for tests of suspected throat cancer six days earlier and died suddenly in the hospital of suspected heart failure the 10th of December. 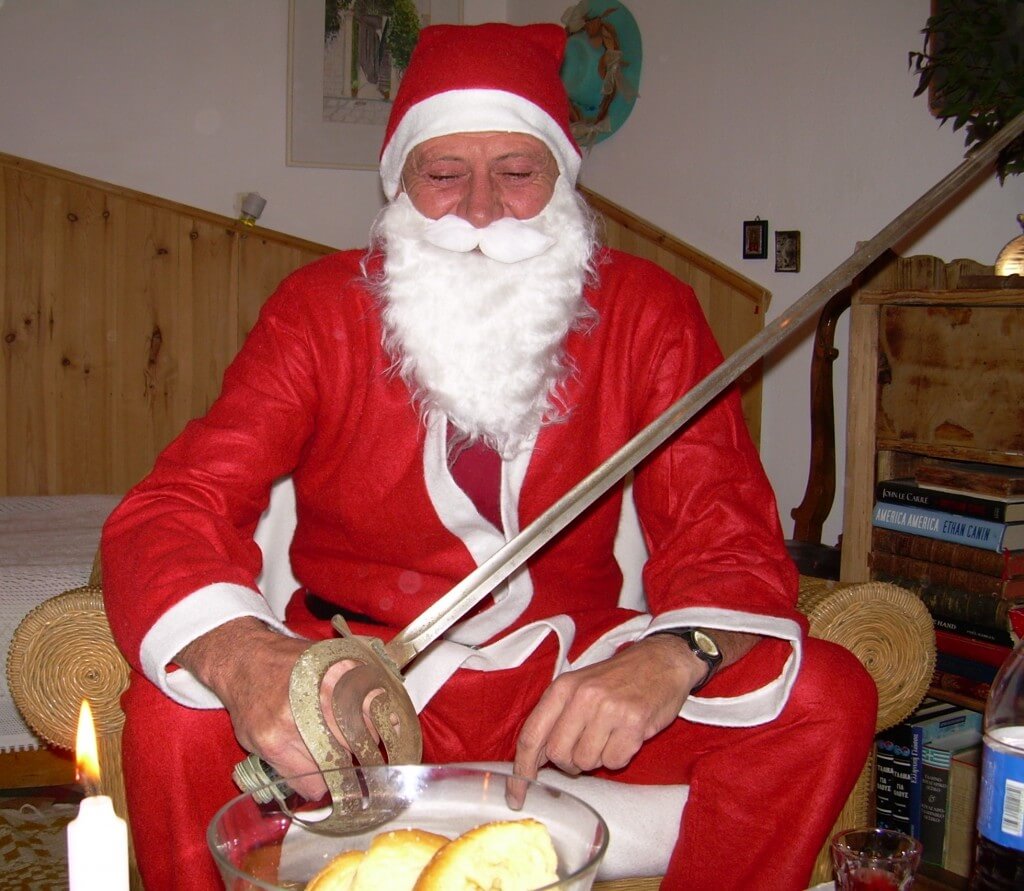 The year 2011 also saw the demise of some of the islands most beloved personalities: Bill Cunliffe, Maggie Martin, Rolfe Chamness—to mention but a few of our long-term fellow inmates. We shall miss you all, and our lives are richer for having known you.

The staff and management of the Comet hope that 2012 will be a kinder, healthier, and more financially stable year for all.